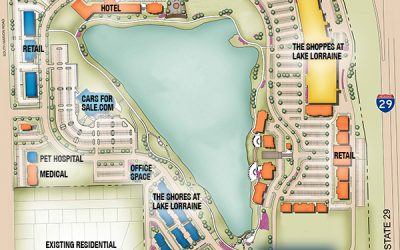 SIOUX FALLS, S.D. – Grand Living at Lake Lorraine will open for residents to move in on Wednesday. It’s the first of many bigger businesses that will open this year at Lake Lorraine. Grand Living is a senior living community that has multiple residences in sizes ranging from a studio up to a 2 bedroom. There are also a variety of common areas offered including a fitness room, a club room, a theater room, and a full service salon. You can watch the video here.

The CEO and President of Grand Living said he chose to build at Lake Lorraine because he knew it was going to be such a bustling part of the city that the residents would have right at their fingertips.
Lake Lorraine is being contracted by Van Buskirk Companies and Friessen Construction. Some of the larger retailers that are being built are DSW, Ross, and Hobby Lobby.